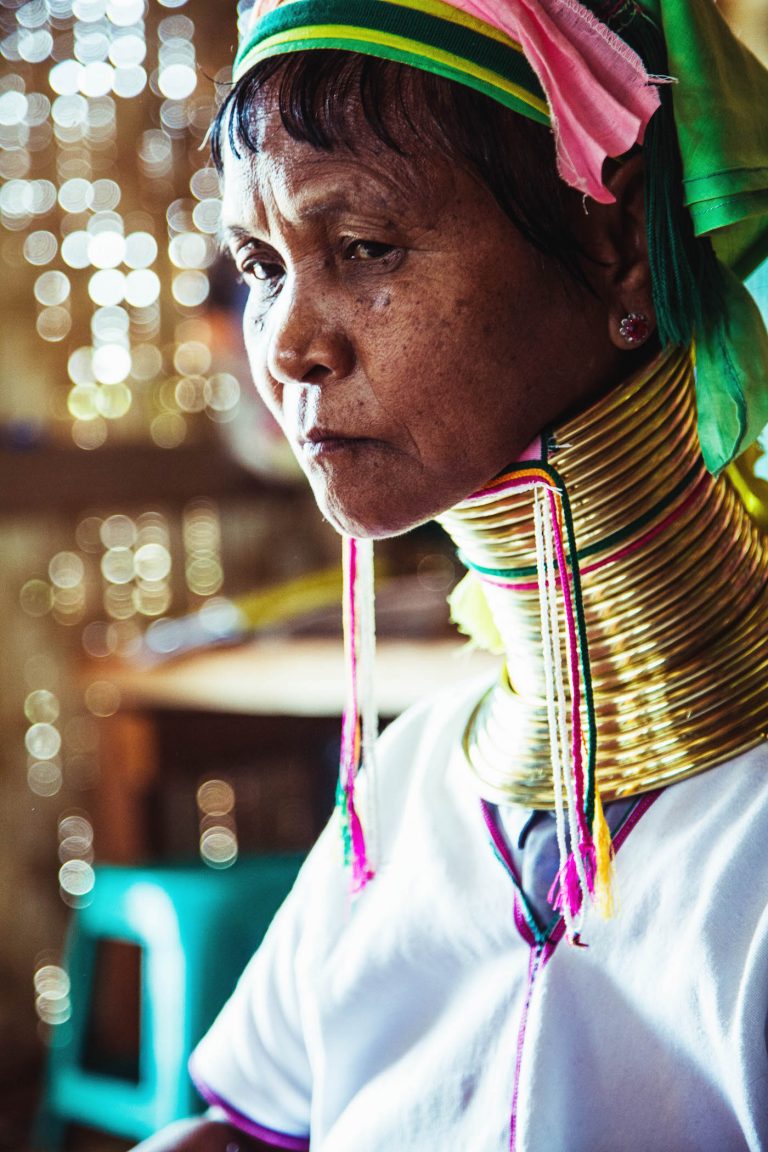 Are you considering a future trip to the country of Myanmar but want more information before deciding to commit to airline tickets? A trip to this area can be the trip of a lifetime if you properly research the arts & culture in Myanmar as well as the traditional festivals and celebrations in this Southeast Asian nation.

We will be looking at several points of interest including a look into the arts, culture, food, dress, and traditional celebrations and festivals in Myanmar. Keep reading to learn a bit about each of these fascinating aspects of this country!

Culture and Arts in Myanmar

Before going any further, you should know that Myanmar is formerly known as Burma and the officials did not change what the people are called – therefore, they are called Burmese.

The country was under British control from 1824 until 1948. Due to this fact, you can see a strong British influence in the architecture, particularly in the buildings of the capital city, Yangon.

The Secretariat building in Yangon is a perfect example of British-influenced architecture. This building was the administrative seat of British rule and was closed for a period of time. You can, however, attend daily tours of this building to learn about its’ history and cultural impact. 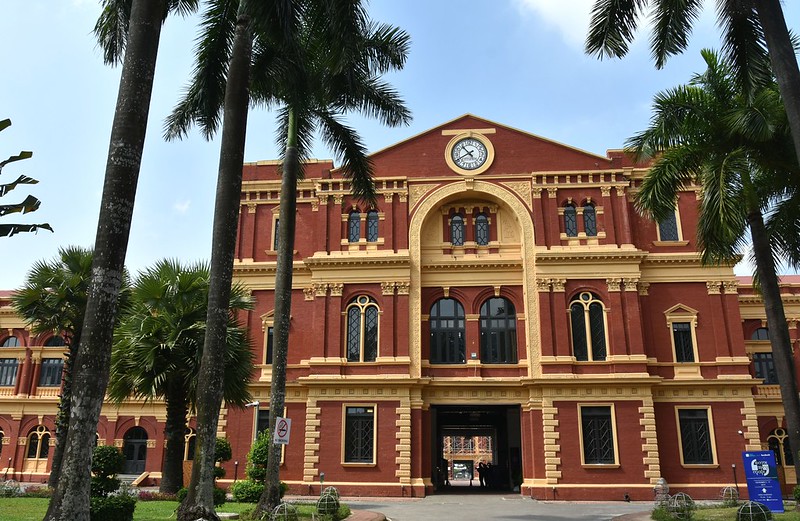 In Yangon, you may also wish to see the Strand Hotel which is a beautiful Victorian building facing the river. It was known to be one of the most luxurious hotels in Southeast Asia during its time period. Additionally, there is the High Court building, Rowe & Co., and the Myanmar Port Authority.

If you are looking for more traditional-looking buildings, you may wish to check out the Shwedagon Pagoda which is also in Yangon. It is known as one of the most sacred Buddhist temples in the country. 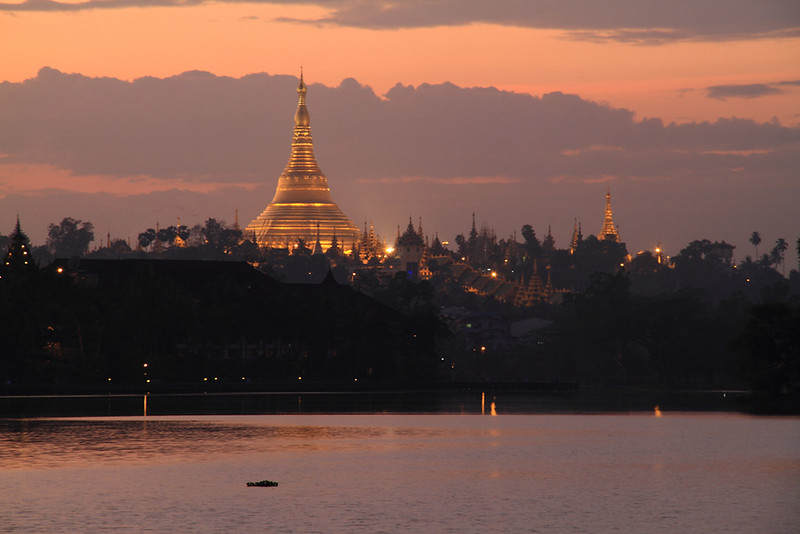 You should know that people value and celebrate culture and the arts in Myanmar. There are actually ten special arts, known as the “ten flowers” that are specifically honored.

These “ten flowers” of Myanmar include:

When visiting this country, be sure to purchase local souvenirs, as they are likely handmade and one of a kind or improve the local community live with a balloons over Bagan ride as it employees only local staff (except for the pilots)

Religion and Beliefs in Myanmar

The primary religion of Myanmar is Theravada Buddhism. This is one of the more conservative styles of the Buddhist religion and is also seen in places like Thailand and Laos. Theravada Buddhism stresses spiritual enlightenment by way of meditation, pure thought/deed, and has strict roles for monks and laypeople.

Although the majority of people do practice Theravada Buddhism, you will find a handful of Christians and Hindus. You will also find Mahayana and Vajrayana Buddhism – two of the four other types of Buddhism – which is widely practiced in China and India, respectively.

The Burmese people are also quite superstitious. There are several common beliefs in the culture that will bring good luck, bad luck, or other various happenings. Some of these superstitions include: 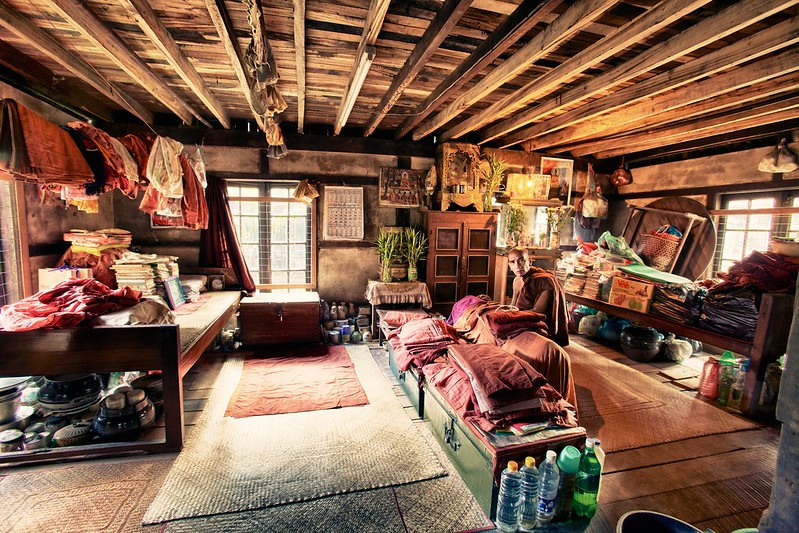 This is far from an exhaustive list of superstitions; many people will believe all, some, or none of them. However, take note of these in order to respect cultural norms.

When visiting temples and pagodas, it is important for you to remove your shoes and dress conservatively. Some temples will offer slippers, others will not – be prepared to go barefoot or in socks. As far as conservative dress goes, be sure that shoulders and knees are covered. You may see other tourists walking around in fewer clothes, but this is disrespectful.

Burmese Food You Must Try 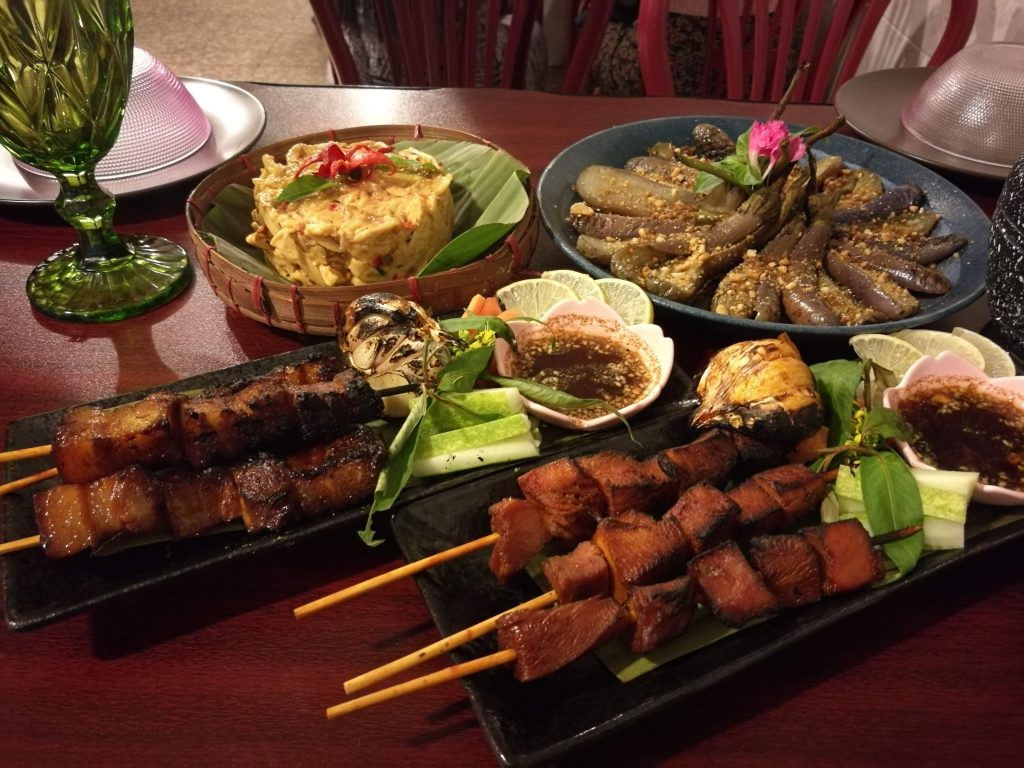 Like every country, Myanmar has food that is specific to its destination. In general, you will find that the cuisine of Myanmar is heavily influenced by the countries of India, China, and Thailand. Although the food is influenced by these countries, you should know that the flavor is unique to Myanmar with variations of cuisine based on the city or geographical region.

Two of the most popular foods that you must try while there include Tea Leaf Salad and Mohinga. Both of these dishes will vary but have certain similarities regardless of the region.

Tea Leaf Salad, or Laphet Thoke, is a traditional Burmese salad served at the end of a meal. It is a delicious combination of dried tea leaves, roasted peanuts and sesame seeds, crispy beans, garlic, tomato, and shrimp (if that’s your preference). You can find this dish at sit-down restaurants as well from street vendors. 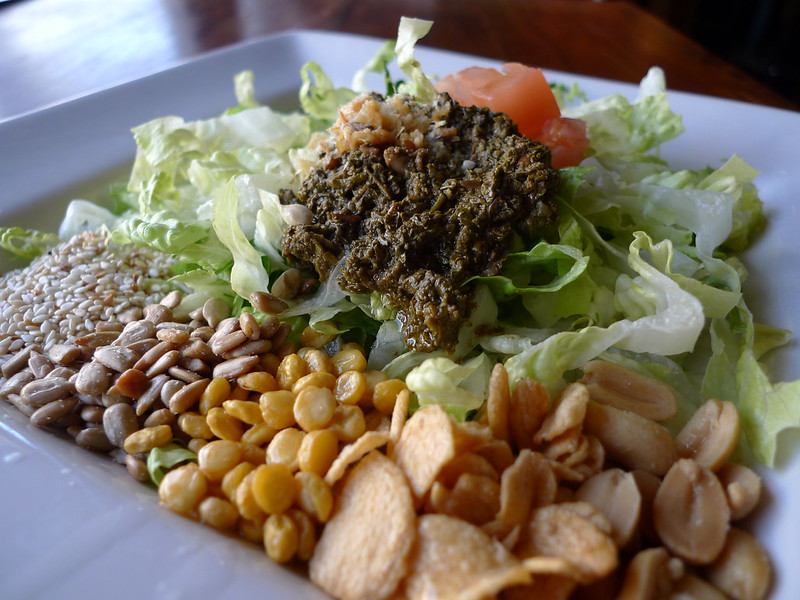 Mohinga is a fish and rice noodle soup. Most often, the fist used is catfish and it is usually thickened with rice or chickpea flour. Often, Mohinga is compared to Pho or Vietnamese soup. You may have garnishes like hard-boiled eggs, shallots, cilantro, chili powder, or green onions. This soup is most often eaten for breakfast and as a snack but can be eaten at any point during the day; you’ll find it from street vendors, tea shops, and sit-down restaurants. 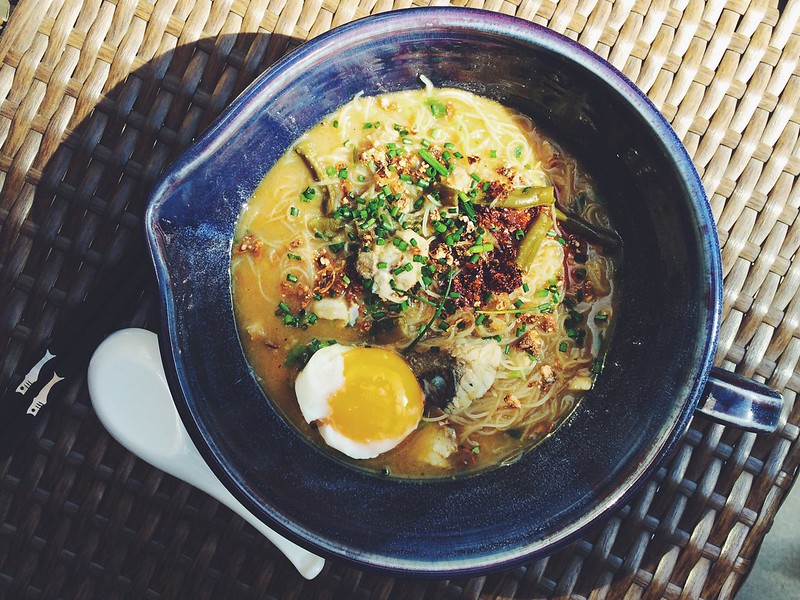 Curry is another popular meal in Myanmar and may be made with chicken, beef, mutton, pork, shrimp, or simply vegetables. Tea shop meals are also popular and may include sweet or savory pastries; deep-fried foods like samosas are a must-try.

Longyi is one of the most iconic and traditional forms of dress in Myanmar. It is a piece of cloth that is sewn into a cylindrical shape and tucked at the waist. It is worn by both men and women, with slight variations of the garment for each gender. Most of the men will call their garment a “pasu” while women call theirs “htamein”

Typically, you will find men’s longyis to be a bit planer while women’s’ longyis are brighter and patterned. This style is popular due to the fact that it allows for one to remain conservative while remaining cool in the warmer climate. 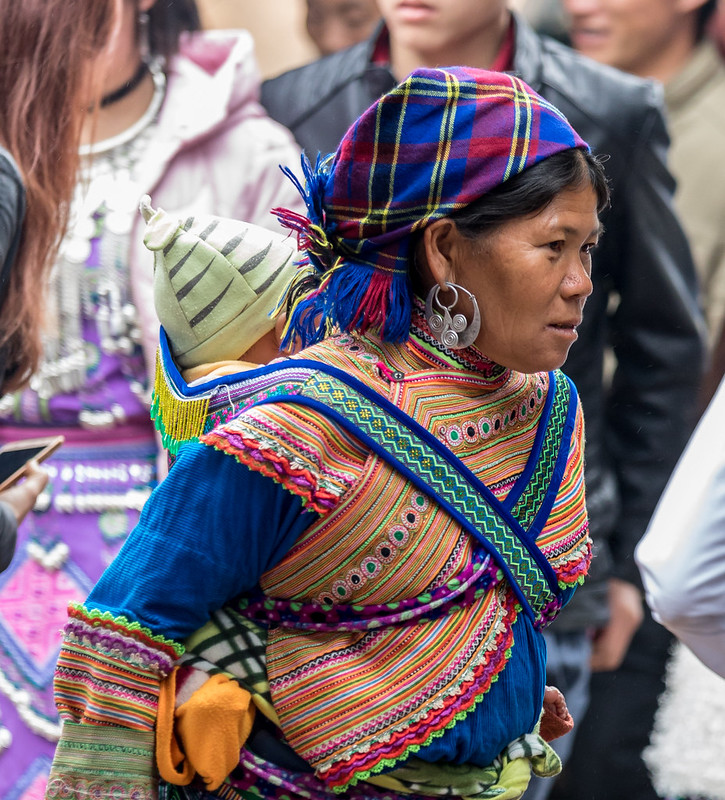 You will see plenty of flip-flops around town and may even see the locals wearing less traditional clothes such as t-shirts, jeans, and other Western or European clothes. Whether you choose to dress like a local or wear the clothes you packed, be sure to do so respectfully.

Traditional Festivals and Celebrations in Myanmar

Thadingyut is also known as the Festival of Light and is a three-day celebration of the return of Buddha to worldly land. People shoot off fireworks, release paper lanterns to the sky, string up dangling lights; pagodas are also decorated and illuminated. 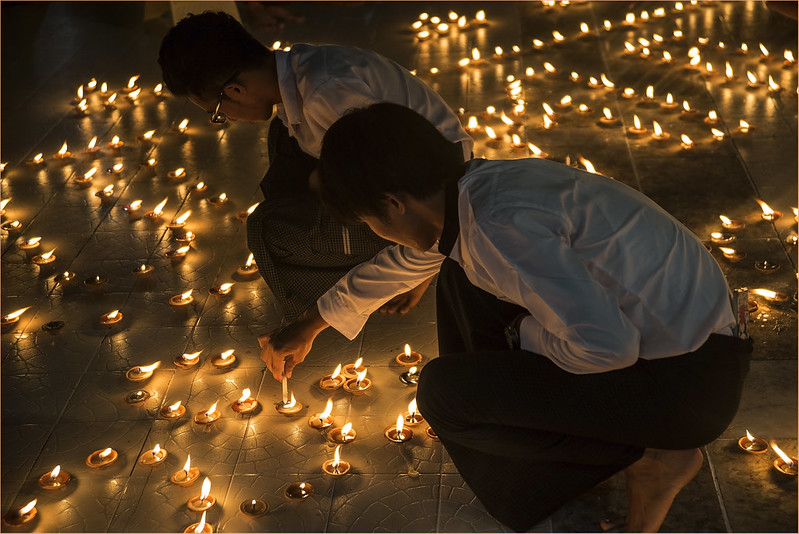 During this festival, many young people pay respect to their elders by bringing gifts; younger siblings also give older siblings small monetary gifts. It is common to bring local monks food as thanks or respect; in return, the monks wish people luck.

Phaung Daw Oo Pagoda Festival is another popular celebration dedicated to Buddha in the Lake Inle area. Five statues of Buddha are pulled by rowers on boats and paraded around the lake. When in Inle Lake why not consider doing a balloon ride over Inle Lake?

The Akha Swing Festival is a lesser-known festival that takes place in small villages in Myanmar, Thailand, and Laos. In Myanmar, this festival celebrates the Akha New Year and begs for a bountiful harvest. 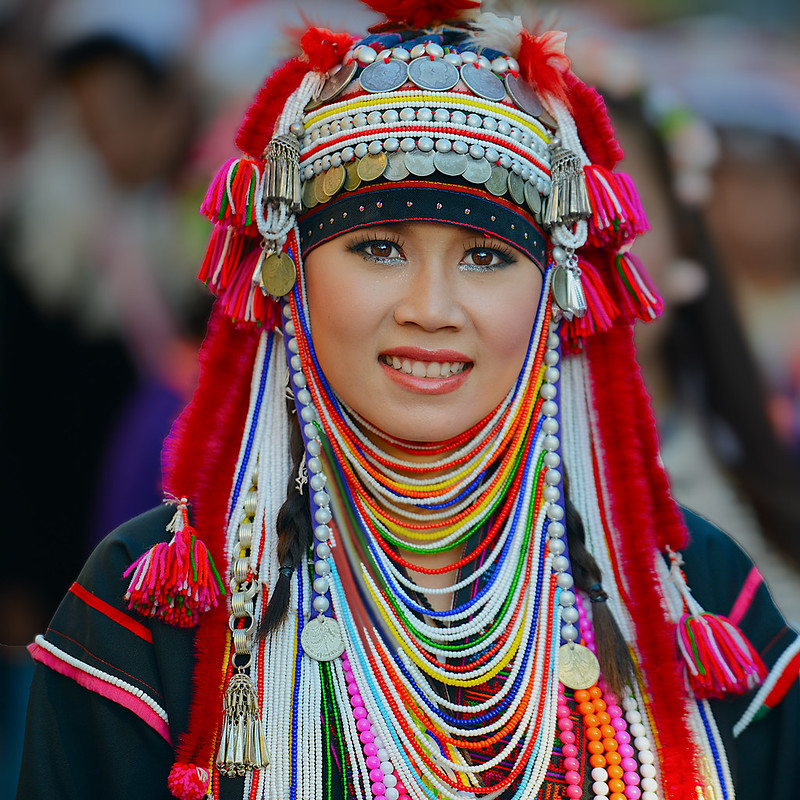 One of the best ways to find out which traditional festivals and celebrations will be celebrated is to search the internet for your specific dates or to ask your travel agent.

Planning Your Trip to Myanmar

Whether you are researching Myanmar because you’re planning a trip or simply curious about the culture, you will be amazed to find that this country is one of the least-visited nations in the world. Because it isn’t frequented by as many tourists, you can expect an authentic Asian experience without the high cost of more touristy areas. 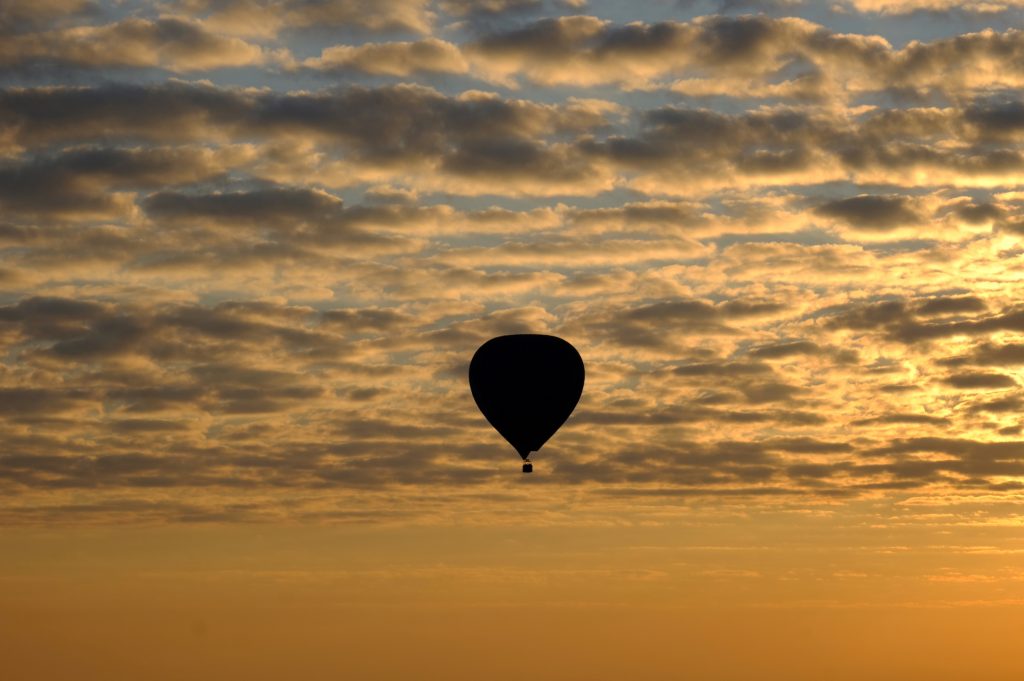 The culture and arts in Myanmar are one of a kind; the buildings seem to be at a standstill in history. You’ll find unique gifts, photo opportunities, and create memories with a beautiful backdrop. The traditional festivals and celebrations in Myanmar are also par none – there isn’t a place in the world that offers more festivals or a livelier experience! And why not try one of the balloons over Myanmar ride to discover the country from above?

If you’re on the fence about visiting this well-kept travel secret, discard all of your fears. You’ll be glad you did!

Can we help you?